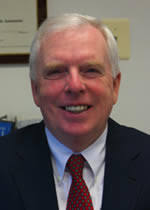 Joined DCMSBL in their second year of operation- 1990
On the short list of guys who could be called and show up on short notice to help a team field 9 players, aka the Timmy rule.
Participated in every Phoenix World Series since 1994
5 final 4’s and 2 World Series rings
10 Years high school baseball coach at Falls Church and now at Woodson High School
Original member of the League Committee
Still playing in the over 25, 35, 45, and 55
Featured in the Washington Post in August, 2013