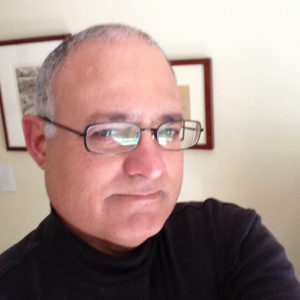 Prior to 2002, I played mostly softball in the DC area. It was fun, and it mostly kept me out of trouble. But the challenge and the thrill of competitive baseball was always missing. In winter of 2002, a friend told me about the Ponce de Leon League and convinced me that it was time that I got back into baseball. In the spring of 2003, I attended a Ponce Spring Training tournament in Florida, where I met Eric Collier at the pre-tournament dinner. Eric walked up to me and wasted no time to introduce me to the DCMSBL and explained that it was closer to real baseball, that it was the competition I was missing. Of course, he recruited me to play for the team he played with, John Smalls’ 38+ Yankees. I played my first game in that spring of 2003 and never looked back.

After playing a couple of years with the 38+ Yankees, I was itching to organize and manage my own team. My long-time friend from my softball years, Mark Josefowicz, who I also got to join the Yankees on my second year, was also on board. So, we both founded the 38+ Angels. We recruited a few former Ponce players and we drew from the pool of new players trying out for the league. Our first couple of years were a bit challenging, but in time the roster started to reflect more experienced players, and thus a better team.

During that time, I recruited a most remarkable baseball player, Laura Brenemann, who played for the USA Women’s Baseball team. I’ve always looked at the game for what it was, an opportunity to display your zest for baseball and willingness to take on the challenge. Ironically, John Smalls also wanted her on his team, so we flipped a coin. I won, and Laura began a long tenure with the Angels that marked the passage from the 38+ to the 48+ divisions.

About three years into the 48+ division, I changed the name of the team to my beloved White Sox. With the league’s age changes, we are now “accidentally” in the 40+ division. So, even though most of the White Sox players are in their fifties and sixties now, changes in the league age brackets had us going from 48+ down to 45+, and finally the 40+. But we are okay with that, so long as we can play mostly day games. Our night vision isn’t what it used to be.

I love this game, and always want to stay involved in making it happen. I came to see the league
organizers as friends, and one day Jerry Klemm offered me the opportunity to get more involved in the
league as a member of the League Committee. Those that make DCMSBL happen is a special group of
people who spend a good amount of their free time in the Spring, Summer, and Fall making possible the
dream of playing baseball for those of us who refuse to play slow-pitch softball or shuffleboard in our
autumn years.

Baseball is a game, and as such it is more about the people that play it than the goal of winning. Now, in my early 60’s, I’ve come to truly relish the time that I spend with my friends and teammates on the field on a hot summer day. Sure, our dugout smells more of Ben-Gay than pine tar, but I wouldn’t want it any other way.