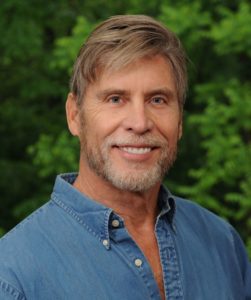 A good piece of my life has been spent playing baseball. Starting at age 6 in Lehigh County, PA, I’ve been fortunate to play all over the US, a few foreign countries, and even bullpen sessions on the flight decks of several aircraft carriers while deployed. Control was really important on those 6-month cruises. Wild pitches went right over the side and into the “drink” — which coincidently was 60’ 6” below the flight deck. If that wasn’t enough incentive to throw strikes, the extremely rough, non-skid surface that kept our jets from sliding into the sea, would scuff up the balls far beyond anything Joe Niekro could do with an emery board.

At 6-years old, I was underage when my Dad got me on his buddy’s Little League team. There was no Tee-ball or “coach pitch” in those days. As the only left-hander on that team, they turned me into a pitcher. I didn’t have a glove, so I had borrowed one and wear it backwards on my right hand when I was on the mound. In the field I played with the glove properly on my left hand and did my best to throw right-handed.

That was in 1955. The next year the coach gave me a lefty’s mitt and I’ve been gripping a baseball with my left hand; pitching, playing first base and outfield, every year since.

In my only season of Babe Ruth, I notched an opening day no-hitter (after walking the first batter) and still have the baseball autographed by my teammates, including my friend and third baseman whose name is now also on the Vietnam War Memorial.

I made the Emmaus HS Varsity m y freshman year. After going 7-0 in Babe Ruth, the local American Legion team picked me up, where I went 15-0 over the next three years. Back then, fastballs right down the middle that made the batters whiff were what coaches, teammates, and fans, wanted the most.

“No messing around working the black or changing speeds!” There were no pitch-counts either. Power pitching was in and luckily, I had a heater — and a nickname. The name stuck, but after many decades on the bump and four rotator cuff surgeries, I had to develop a curve, slider and a change-up, and start working the black with what was left of my fastball to be competitive in MSBL.

During my senior year in high school there were a number of recruiting visits with offers to play baseball and football at several small Pennsylvania colleges. The frat parties at Gettysburg College on my recruitment weekend were total “Animal House” and blew my young mind, but somehow, I managed to not be swayed by the cold kegs and hot co-eds. Thankfully, I listened to a Mets scout who knew the coach at the University of Missouri and suggested that I get into his baseball program.

Two years later, after football injuries cut my college pitching and football career short at MIZZOU, I thought I was done with baseball. Little did I know I’d soon be playing baseball year-round all over the globe and learning more about baseball from my ex-pro teammates in MSBL, than I had ever learned in High School or College.

Staying ahead of the 9–13-year-old hardballers that I coached in San Diego, while stationed there as a TopGun instructor, also improved my baseball knowledge. However, the big eye-opener came much later. Working out a few Winters in Indiana with MLB’s Drew Storen and his crew really showed me how much more there was to learn about baseball, particularly training techniques.

Since 1991, I’ve played spring, summer, and fall ball in DCMSBL, with many of you and several of the Hall of Famers on this page, in every DCMSBL age division. That includes every World Series in AZ & FL; usually four weeks back-to-back, but sometimes two different age groups in the same week. (“Let’s play two…Everyday…For a week!)

Anyway, twelve rings and counting. I love that every few years I can “move up” and become a “young” rookie again in the next age bracket. Hum Babe!

That’s 39 years of DCMSBL and MSBL World Series hardball except for the year chemotherapy kept me out of AZ. In 2010, the Mayo Clinic said I had incurable non-Hodgkins Lymphoma and gave me 5-7 years to live, so everything after 2017 is “bonus time” for me. (Still on an experimental daily chemo though.)

Now, after the awfulness of 2020, I’m looking forward to playing baseball this Spring more than ever. I’m also looking forward to our nine months of regular Wednesday practices that will begin soon with 28-34 hardballers at Nottoway Park and Waters Field. That good group of older guys were the genesis of the new and very competitive DCMSBL 60+ Summer and 55+ Fall Divisions two years ago. Practicing and socializing with those guys on the diamond each week brings a sense of normalcy to the Covid craziness. I am immensely happy to still be doing it — and all for the love of the game.

Like Jim Bouton said about gripping a baseball: “…In the end, you realize it was the other way around the whole time.” 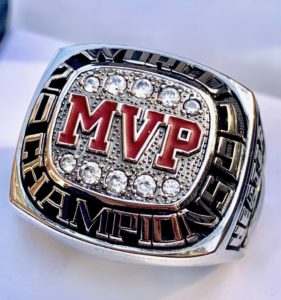