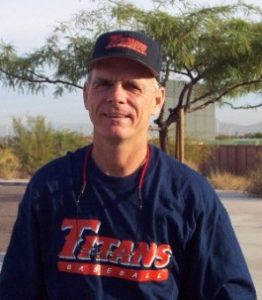 It was about 1991 when I was the League President of the Blue Ridge League and I was playing for the Lovettsville Dodgers when I saw an article in the Fairfax Journal about Roger Stanley and a MSBL team.  I called Roger and we talked about baseball and the League. After talking with Roger, I decided to play for Roger’s team called the Twins at that time. A year later, I left the Blue Ridge League and have been playing with the DCMSBL on various teams in the 18+, 25+, 30+, 40+, 48+ age divisions.