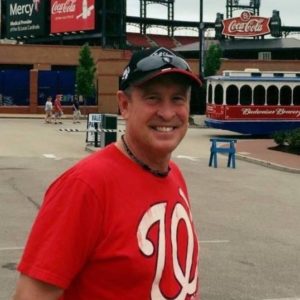 For twenty years I was away from the game I loved growing up as a kid. In June of 1997 I got an unusual call from a close friend, Steve Norwood. He asked me to come play a baseball game at our old high school, Thomas Jefferson.  I replied, “you’re crazy, I’ve been playing softball all of these years.” How could he expect me to play a hardball game?  I said, “let me think about it.” Ten minutes later, I couldn’t resist and said, “I’m there!”

Baseball is just a game win or lose.  The game comes and goes but, being part of the DCMSBL family has fostered many special lasting friendships. These bonds are even more important than winning a game. I have come to relish the time spent with my baseball family on and off the field. Nothing can ever change those relationships established with my teammates on a lot of sweltering summer days. I wouldn’t have it any other way. The game continues to be “America’s Pastime.”

It’s irreplaceable to me.