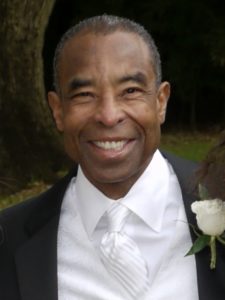 A good friend of mine has a saying about the game we love, “Life imitates Baseball!”  This rings true to me on multiple levels. The game itself, demands that we pay attention moment by moment to little things.  A lapse of attention at any moment could become the turning point in the game. The game gives you multiple chances to succeed; and if you’ve been paying attention all along, you can use what you learned a moment ago, to succeed in this moment.  There is also a great interdependence among the players on both sides of the ball. We have to communicate. And when we know each other well, we can anticipate what a teammate (or an opponent) will do in a situation and position ourselves to take advantage of that knowledge.  Haste does indeed make waste (aka errors) in this game; a lot of it shows up in the box score, and a lot of it doesn’t.

The game has also been at the forefront of change in American Society.  Jackie Robinson not only broke the color barrier in America’s Pastime, but opened a door to experience for Americans who were in the dark about the character and capacity of Black Americans.  His courage and resilience even today is a model for all Americans. In my mind, the game has brought Americans closer together and broken down many of the stereotypes that separate us. Like life, the game boils down to a few simple things to do and pay attention to in order to be successful.  And like life, there are an infinite number of little things that can pile up on you if you are not paying attention.

And, the game is HARD.  Where else can you succeed only one third of the time and be deemed to possess greatness.  Success in baseball occurs in a moment. The wing of the bat; that unmistakable sound of a ball well hit, that feels as light as a feather off the bat.  Or the catch after getting a great jump on a ball that was going to be a double in the gap. These are the moments we live for in this great game.

I continue to play precisely because it is hard.  And succeeding at something as hard as this game, makes those moments of success all the more enjoyable.  The game teaches you that it is the play that is important, not the momentary success. If you play this game only for the moments of success, you’re going to have a hard time; just the same as if you play life only for the momentary pleasures, it will be hard and stressful all the time.

I am grateful to DCMSBL for the opportunity to play for over 20 years now.  I’ve loved this game since I was 6 years old. My love for the game came from my Dad’s influence.  My Dad took me to ball games where I saw the legendary Satchel Paige in the twilight of his career pitch for the International League Miami Marlins.  He didn’t argue with me about going to school when I got sick in October of 1954 and was able to see Willie Mays catch Vic Wertz’s drive to deep center.  He didn’t argue either in October of 1955 as I was home with a cold and watching our beloved Dodgers finally beat the Yankees with Johnny Podres pitching a complete game shutout; in Yankee Stadium, no less!  Those games inspired me to play and I’m thankful to be able to continue to do so.

There are many memories of great times over the years of DCMSBL.  Great games that stick in my mind and a few championships along the way as well.  However, the greatest memories of the last 22+ years have to do with the friendships that go back throughout the period of time starting with John Small’s Yankees, and Astros, John Russell and Bob Janis’ DC Mets; and more recently with the Blue Jays.  Many of the Blue Jays started with me as teenagers; and I’ve watched them grow into men. We have won a few Championships together, but what is most gratifying, is that they have taken the lessons of the game between the lines, into their lives outside the lines. DCMSBL made this possible. Like I say, “Life imitates Baseball!”