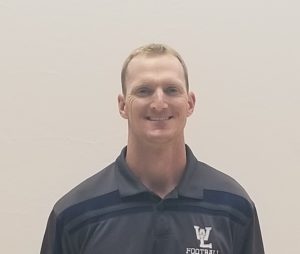 I grew up playing Reston Little League, always matching up against Vienna Little League in the all-star tournaments (rarely winning) before travel leagues took over youth sports.  Then I played baseball, among other sports, at Bishop O’Connell in high school, graduating in 1997. I teach Health and PE at W-L High School in Arlington and coach football there, and I coach baseball at Fairfax HS, as well as my sons’ travel team.

This 2020 season will be my 22nd year in DCMSBL, Although I did take most of one season off when my wife had twins in the Spring of 2006.  I began playing DCMSBL in 1999, with the Washington Red Sox, when I was at JMU. My first manager was Todd Burger, who was the head baseball coach at JEB Stuart for a while.  Back then the youngest age group was 19+. Todd managed for a couple of more years, then Aaron Duchak took over for a year or two, then Matt Young for a year, then I took over somewhere in the neighborhood of 2008ish.  It’s hard to remember exactly what year it was since many of the core players remained and it wasn’t a big shift in who was in control. Basically I just took over as who was responsible for getting on guys for paying their league fees and signing the online waiver.

Since then, we originally continued as the Washington Red Sox only because we already had the uniforms and no one wanted to buy new ones.  We began having end of season pool parties at my parents house in Vienna and one year we convinced my dad (after several drinks) to have his company become our sponsor and buy us jerseys…as long as we changed our name to the Wireflys, for wirefly.com.

A couple of years later he left Wirefly.com, and we scrounged up another sponsor from a parent, almost like little league!  Newman Properties bought us new jerseys and bats and we became the Fairfax Nationals several years ago.

I’d never have stayed on as a player or manager without amazing teammates, and of course an understanding wife.  There’s probably no worse words for a wife with three young kids to hear on a hot Sunday afternoon than, “Honey, I have a doubleheader today, I’ll see you tonight”

As our core group of players, specifically Matt Young, Pete Newman, Matt Waas, Jason Gramling, and Danny Layton, have aged and the age groupings have changed, we’ve bounced from 18+ to 28+ to 25+ to 22+ and now back down to 18+.  We’ve had 4-12 seasons and 14-2 seasons and won a couple of end-of season tournaments along the way. Maybe an A tournament at some point, but mostly the B (or C!). We’ve gotten married, had kids, been injured, moved, had more kids, moved back, changed jobs, and seen dozens and dozens of teammates come and go.  But we always come back to playing baseball from April through August. We don’t get together much in the offseason, especially with our kids now playing sports, but everyone is always waiting for that first email in the winter with me telling them the season is coming faster than they expect and to register and pay!

My goal now is to make it at least 4 more years to when my twin boys turn 18 and can join my team.