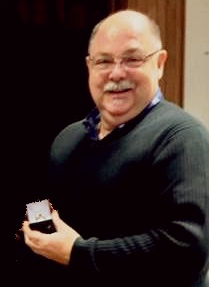 Sports has always been my life’s blood, and it has keep me out of harm’s way during a turbulent youth. For this reason, I have spent forty-two (42) years as a volunteer baseball, softball, football, and basketball player, coach, and manager of teams ranging in age from youth to adult.

I started playing organized baseball in the summer of 1960 at age 9 for the “Cubs,” a team in the Boys’ Clubs of America Baseball League in Goleta California. I played with them until 1966, when I started high school sports.

After graduating from high school in 1970, I went on to play semi-pro, industrial league and minor league baseball in the California Angels’ organization. Feeling the demands of life (and trouble hitting the curveball), I left the Angels organization in 1973, and went on to play in, coach, and manage various teams in adult flag football, softball and basketball leagues in the Santa Barbara and Goleta, CA organizations.

Because I credit team sports as literally keeping me focused and on the right path as a boy and young man, I continued to devote all of my spare time, energy, and effort to team sports, and youth team sports, in particular. From 1973 to 1989, I coached, managed, and taught football skills as a part of the Santa Barbara Youth Football League. I also served as the Head Freshman and Assistant Varsity Basketball Coach for St. Anthony’s High School during the 1980-81 school year.

In 1989, I transferred with my job as a Printed Circuit Board Designer to Northern Virginia. I continued to play and coach softball and baseball in the early ’90’s, and 2000, joining the Men’s Senior Baseball League (MSBL) in 1991. In 2005, I also joined the local Park View High School Patriots’ football team, a school where my wife was teaching, as a coach, and have since served as an Assistant Varsity Coach and Head Freshman Coach.

Within the DCMSBL, the “Marauders” is the team with which I am the most associated.
In the Spring of 2002, the League under the leadership of Larry Lombardi, Roger Stanley and Jerry Klemm, wanted to form a team with all the guys left on their waiting list.
I thought that was a great idea. It was to be a Sunday morning team, giving guys a chance to play the great game of baseball.

I have tried my best to make the Marauders a team that gives guys a chance to live out their dreams of playing baseball, testing themselves and their skills, and maybe reliving just a bit of their past glory days. I have always felt that the Marauders were the spirit of what the DCMSBL truly represents. In part and coaching and managing the Marauders is my way of giving back to the great game of baseball.