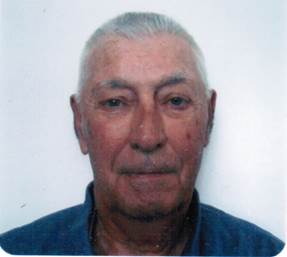 I played one year of professional baseball in 1950. I signed with the Cleveland Indians and was released before my big bonus ($300) was valid after 29 days with Batavia, NY, in the Pennsylvania Ohio New York (PONY) League. I then signed with Lockport, NY, a Cincinnati Reds farm team, to finish the year out. I batted .254 for 120 games, played third base, and that was my last year in professional baseball.

I went into the Air Force in 1951 and got discharged in November 1952. I came home and became a Union Printer and played with the printers for 10 years as their shortstop. I got married in February 1953. In 1954, I became a basketball official, officiating for a time in the ACC and Southern Conference Division I. I quit officiating in 1968 and with my family (Jean, Carol, and Craig) began camping each weekend for 12 years.

In 1977, I didn’t like the way my body had become, so I started running. I quit smoking and ran the Marine Corps Marathon in 1980 in 3 hours and 43 minutes. I said “Anyone dumb enough to run 26 miles should be dumb enough to officiate again.”

I officiated another 19 years, Special Olympics and Northeast Conference Women Division I. In 2001, I was awarded Life Membership in the International Association of Approved Basketball Officials (IAABO) of which I am very proud. My Special Olympics experience runs to every World Games since 1987 every 4 years. Culminating in my going to Dublin, Ireland (2003), Shanghai, China (2007), and Athens, Greece (2011), this will be my swan song.

When my son, Craig, was 28 years old (1985), he began playing baseball with the Ponce de Leon League. Because he was involved, I wanted to go and watch him play. Ponce had a rule that you played the game no matter how many players you were missing. In this game, each team had eight players, so I suggested to my son that I would play right field for each team. The owner of the league at that time said “No” because of my having no insurance. So the next year, I decided to play with him in the Ponce League. He was not eligible for DCMSBL because he was too young.

When he reached 30, he and I both began playing with the Montgomery County Angels and Frank Holt. I have been going to all his games since then. The DCMSBL has since, because of my age, grandfathered me into the league so I don’t have pay any fees. I keep score with the teams that Craig has played with since then and act as the “forfeit guy,” if the have eight players I play until someone arrives to take my place. Occasionally, I get to hit (ha, ha).

I want you to know that I am very humbled by this award and very thankful to Larry and Roger for continuing to run the DCMSBL so very well. At my age (80), it is a blessing to still be alive and active. Thank you very much.