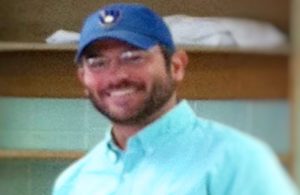 Rich graduated from West Point in 1999, where he pitched. He earned his first collegiate win during a relief appearance against the Naval Academy in 1997. He discovered adult baseball while stationed in Augusta, GA, pitching and playing third for the Augusta Padres. He attempted his first team managerial job after two years with the Padres. However, the league folded and Rich moved to Washington, DC following the completion of his military tour.

Upon arrival, Rich established a relationship with the Pinkman Baseball Academy in Sterling, VA, where he worked as an associate pitching instructor. Rich heard about the DC MABL/MSBL and posted a notice on the message board, and was picked up by Kent Schneider and the 18+ Falls Church Royals for the 2004 season. Rich also joined the 28+ Fairfax Delta ‘88s, playing for Steve Munday.

In 2006, Rich and Mark Smith, Chris Mercurio, and Dave Abromowitz assembled a new group of players and created the 18+ Ballston Brewers. The Brewers played 18+ in their first season, and then moved to 25+ when the league shifted from 28+ to 25+.

In 2008, the team elected to compete in both 18+ and 25+ age groups, providing additional innings and at-bats for the large expanding roster. This began a trend of Saturday-Sunday baseball for the Brewers that continues today.

Rich has skippered the Brewers each season since its formation, to include one season in 2009 where he administratively managed the team from Hawaii while playing for the Oahu Ravens (Oahu Senior Baseball League).

In addition to playing on and managing the Brewers, Rich also joined the 35+ Washington Rattlers in 2011, where he pitches as well. Through the 2013 season, the Ballston Brewers carry team record of 157-122-8. The Brewers won the 25+ A Bracket Championship in 2008, and finished first in their respective regular season divisions twice.