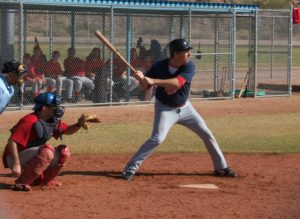 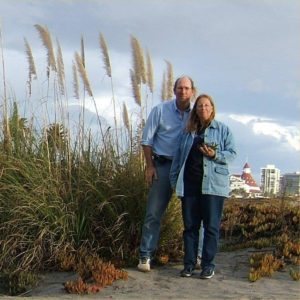 I am a local product, having come through the Vienna LL and Babe Ruth organizations, James Madison HS and a season at GMU as a mop-up reliever. After a 17-year layoff, I played my first DCMSBL game at the end of the Fall 1991 season for the Fairfax Mudhens of Jim Harris, John Milton, Scott Kinne, Duane Willoughby et al., wearing sweats and using a pair of rubber soccer cleats. Despite going 0-for-3, I had a great time and didn’t hurt myself. I was pleasantly surprised when I was invited to join the team the following spring and was the starting SS and #4 hitter for most of the summer. The following year, we found a real SS, so I moved to 3b.

I took over as coach of the ‘Hens around 1996, and in ’97, I asked Jim Beck what I could do to help the league I enjoyed so much. Jim handled the scheduling at the time, pre-internet, and needed someone to double-check his work, to make sure that there were no conflicts with fields or gametimes and to coordinate the schedules with the umpires. We shared scheduling responsibilities until he passed away in Jan ’08. I took over scheduling responsibilities with the tremendous help of Bryan Yawberg, Karen Markey and others.

I was lucky enough to play with and against some outstanding ballplayers who are even better people, and I thank all of my teammates, all of the coaches and assistant schedulers who have helped me, and league organizers Larry Lombardi, Roger Stanley and Jim Beck for their trust and confidence in handing me the keys to the league.