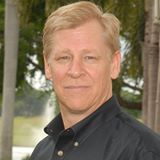 Frank Rathbun was one of the original players when the DCMSBL started in 1989. Frank originally played with the Athletics where W.K. Latimer was the team manager of the A’s. Frank was the mainstay and shortstop of the A’s for many years. Frank was competitive when playing the game he loved, however, he was also was easy going and a friendly individual to whom we were blessed to have played in the DCMSBL.

Frank managed in the DCMSBL all the way up to his last season with the DCMSBL.  Frank will always be remembered for his kindness, being selfless, always willing to help anyone, and if a player was looking to play baseball, Frank was always more than willing to have the player to be on his team.